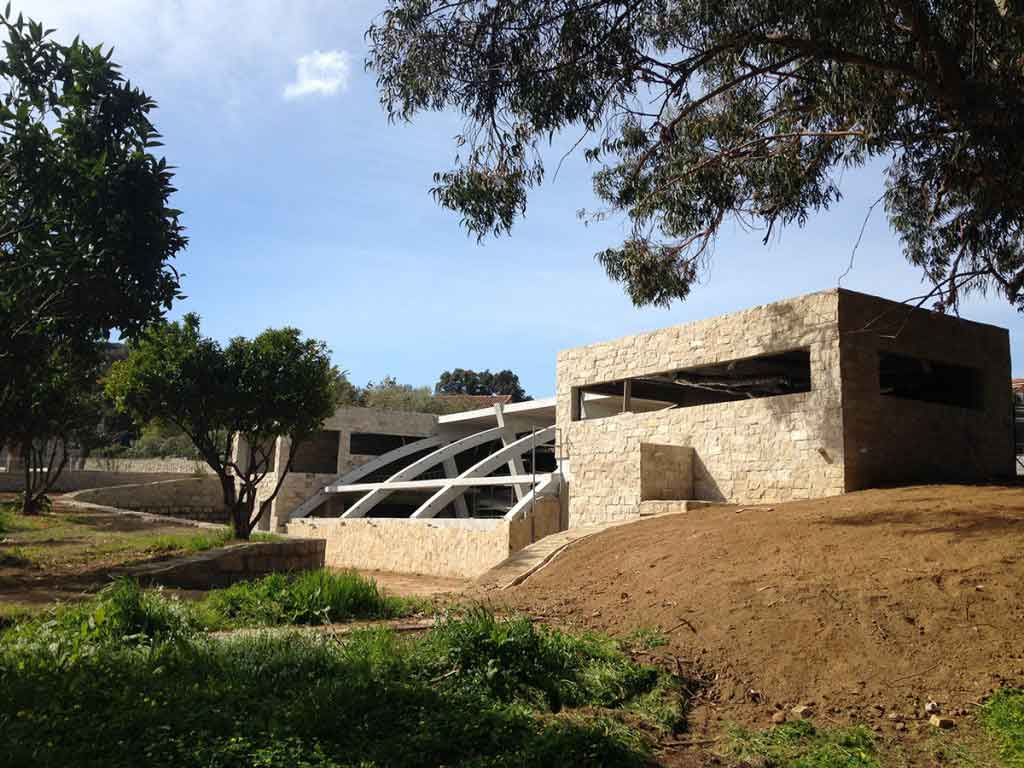 Determined to increase its influence on the French and international cultural scene, Filitosa is acquiring a new archaeological museum to house objects exhumed on the site and presented in an educational trail. The location of the building and its natural stone architecture blend in perfectly with the harmony of the site. The museum is scheduled for completion in 2020.

Creation also of the new official website filitosa.fr whose characteristics are simplicity of use and the richness of content adapted to a perfect understanding of the visit.

Filitosa is included in the list of one hundred historic sites of common interest to the countries of the Mediterranean.

Already known for the majesty of its natural setting and the mildness of its climate, Corsica now embodies the cultural wealth symbolised by the rare and mysterious beauty of its statuary art, following the example of its distant cousins Stonehenge in Great Britain and Easter Island in Chile. 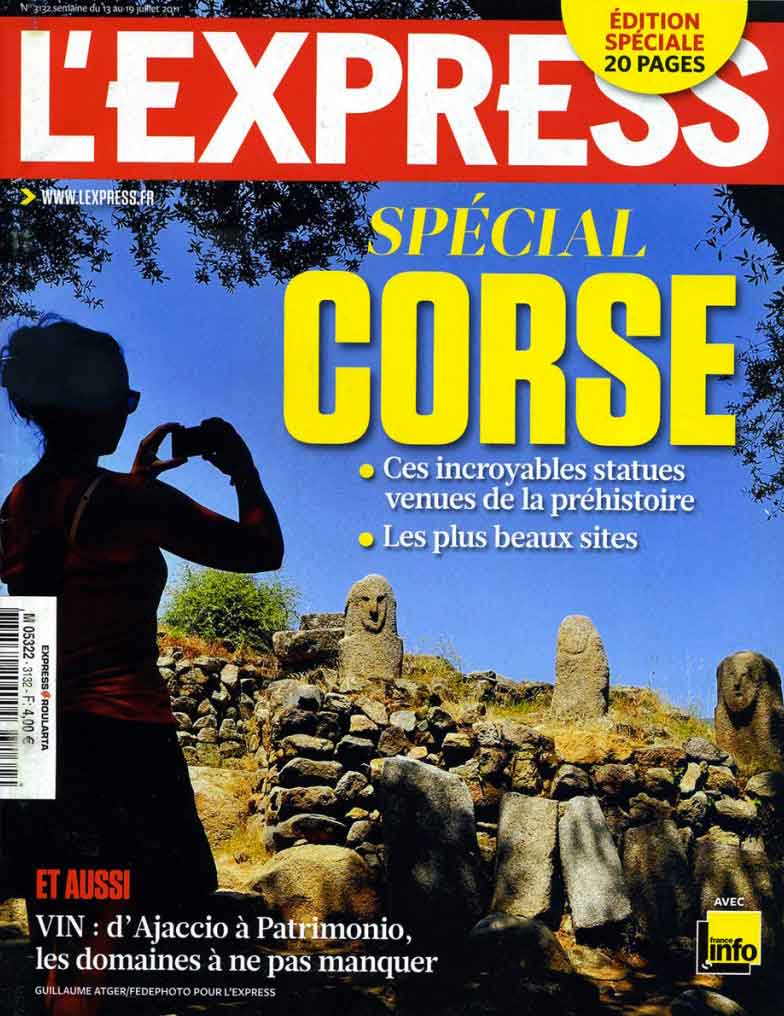 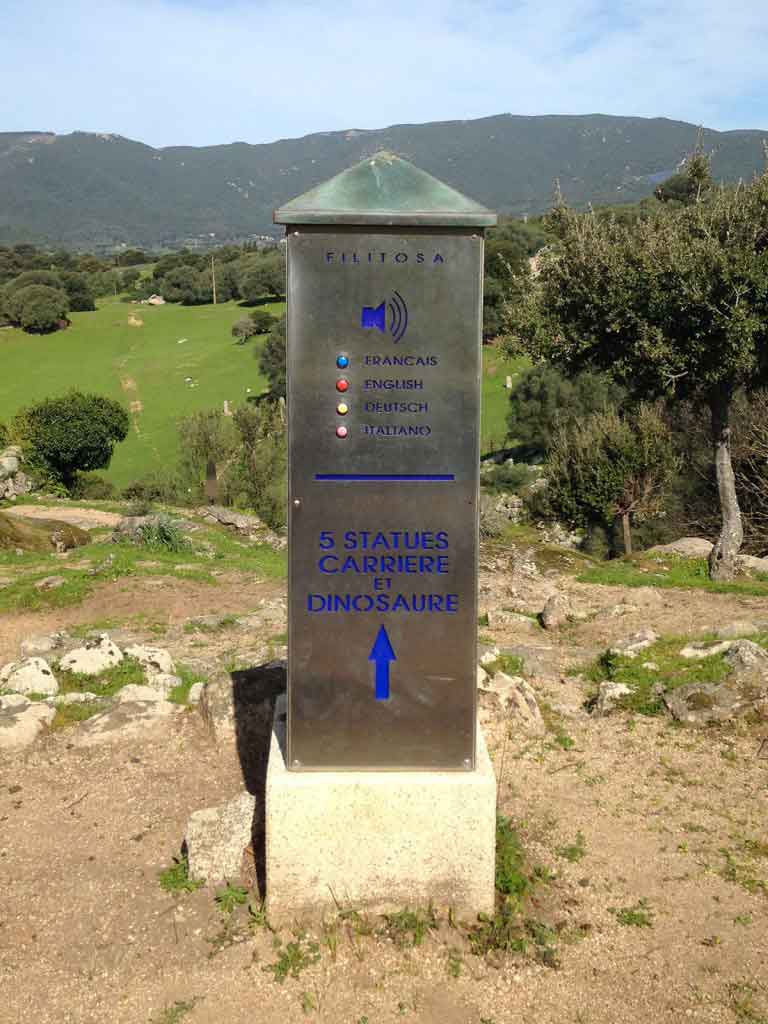 With the increase in tourist numbers, and to protect the site, improvements are made every year. Beacons are installed, a granite paving of the central alley is shaped, markers in several languages mark out the route.

The years of communication. More and more German, Italian and English newspapers are taking an interest in the myth of Filitosa. The site is still the subject of national and international television and radio broadcasts. 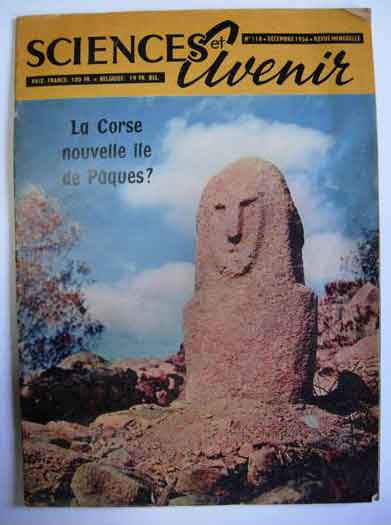 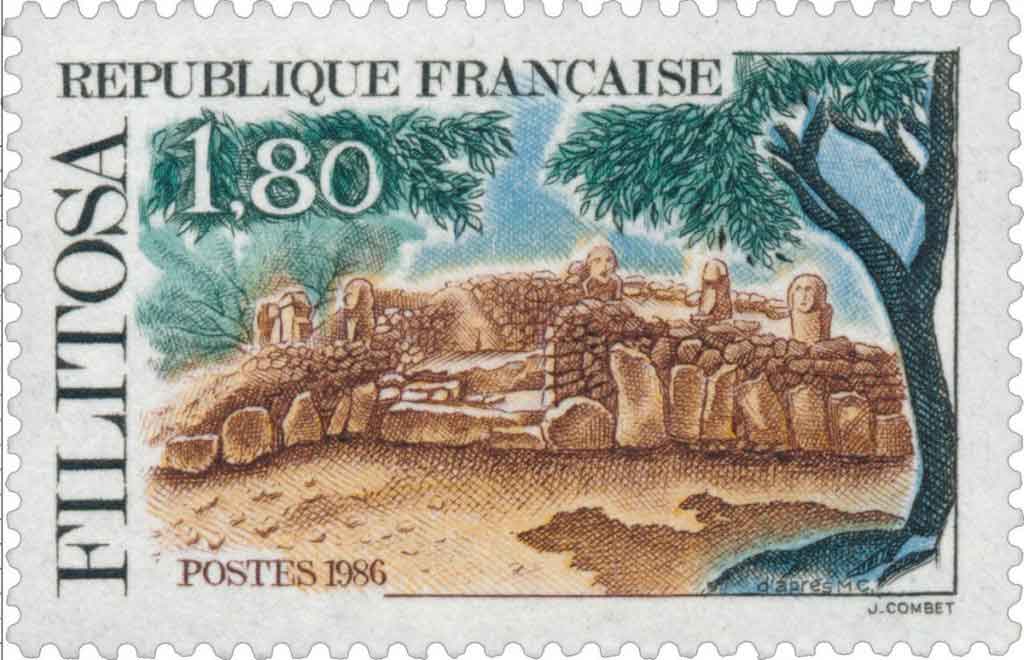 Event. The 30th anniversary of the station is celebrated. On this occasion, an international promotional campaign is launched, thanks to the distribution of a stamp. According to the Director General of the Paris Post Office, it is one of the best operations of the year. More than a million letters bearing the Filitosa logo are franked all over the world. The stamp has been more sought-after than that of the bicentenary of Napoleon’s birth.

Charles-Antoine Cesari died at the age of 73 from a long illness. When he died, his children chose to take responsibility for the influence of the Filitosa site. Another generation, but with the same will, the same energy as his father, and a whole focus on the success of what is more than a family business, a heritage to which the Cesari family is intimately linked. 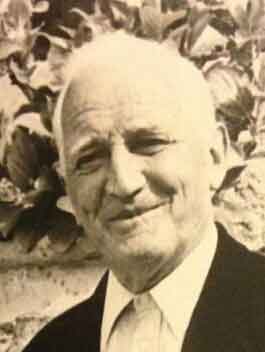 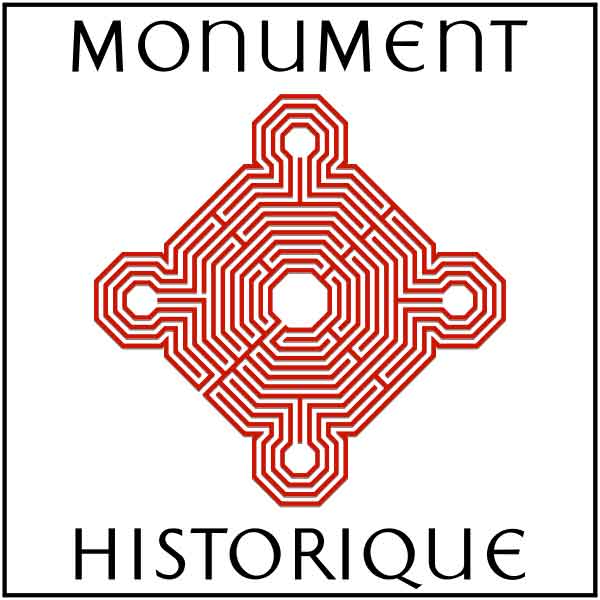 Classification of the station as a Historic Monument. In the immediate vicinity of the site, housing estates are built (the village “Le Torréen”). A brewery and a craft centre open their doors successively. Everything is built with the aim of preserving the soul of the place.

Consecration. During the visit of Madame Anne-Aymone Giscard d’Estaing in Corsica. The First Lady of France made a point of visiting the Filitosa site in the company of personalities of the time such as the late Jean-Paul de Rocca-Serra, President of the Assembly of Corsica. 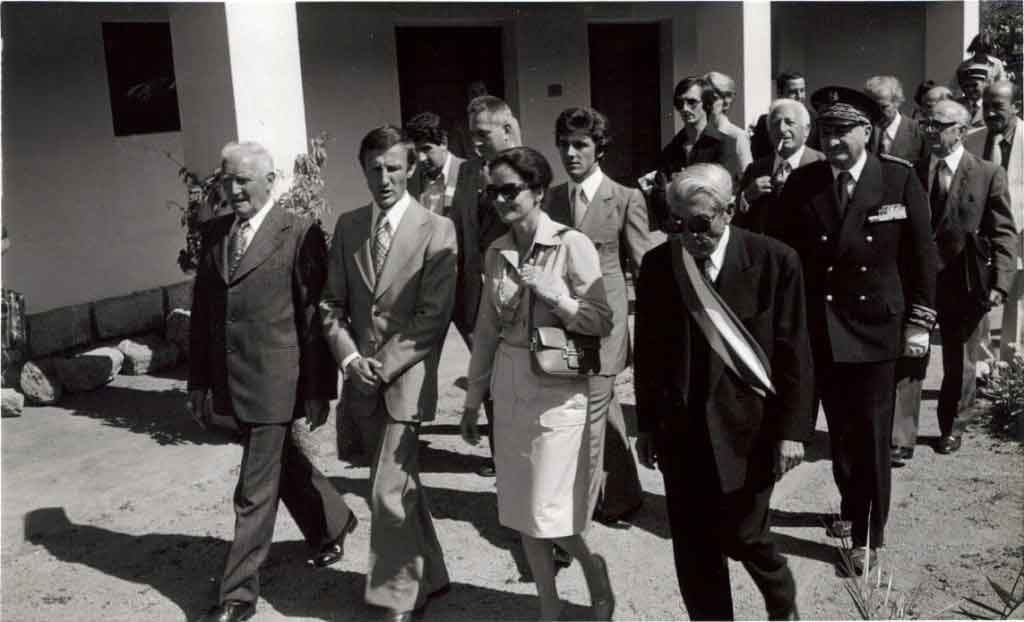 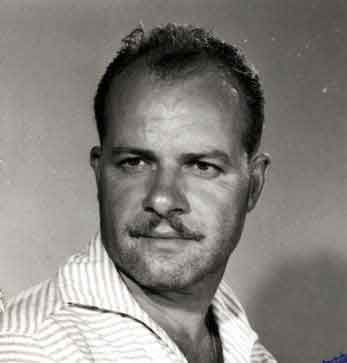 Roger Grosjean died in Ajaccio at the age of fifty-five, at the height of his career, after dozens of publications spread over twenty years of fruitful research. In his work, Corsica of Origins, Joseph Cesari, Regional Curator of Archaeology of Corsica, does not fail to pay homage to the man who brought the island “out of the mists of legend” by making it recognized by archaeologists from all over the world and by the general public. The site has not revealed all its secrets, but now it is the object of special attention from scientists and ancient history enthusiasts.

Commencing reconnaissance. Corsica has not really entered the mass tourism circuit. The island’s economy is not yet based on cultural tourism. However, Charles-Antoine Cesari immediately set about building a documentation centre. He believes in the imminent takeoff of the prehistoric station.

Filitosa then made a dazzling entry into the Corsican cultural landscape as well as into the collective memory.

The “granite warriors” became a source of inspiration. Filitosa made its first appearances in Corsican language literature: “Ci so nati l’antichi, dippoi la Filitosa” sings the group Cantà u populu corsu from a poem by Ghjacumu Fusina.

Little by little, the station is also becoming an obligatory passage for the island’s schoolchildren and high school students who are discovering archaeology. At the price of immense sacrifices, the popularity of the place is growing. 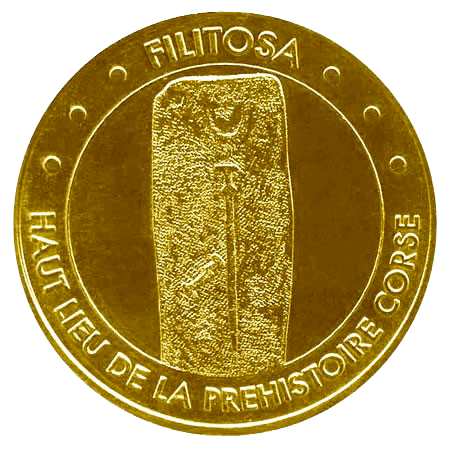 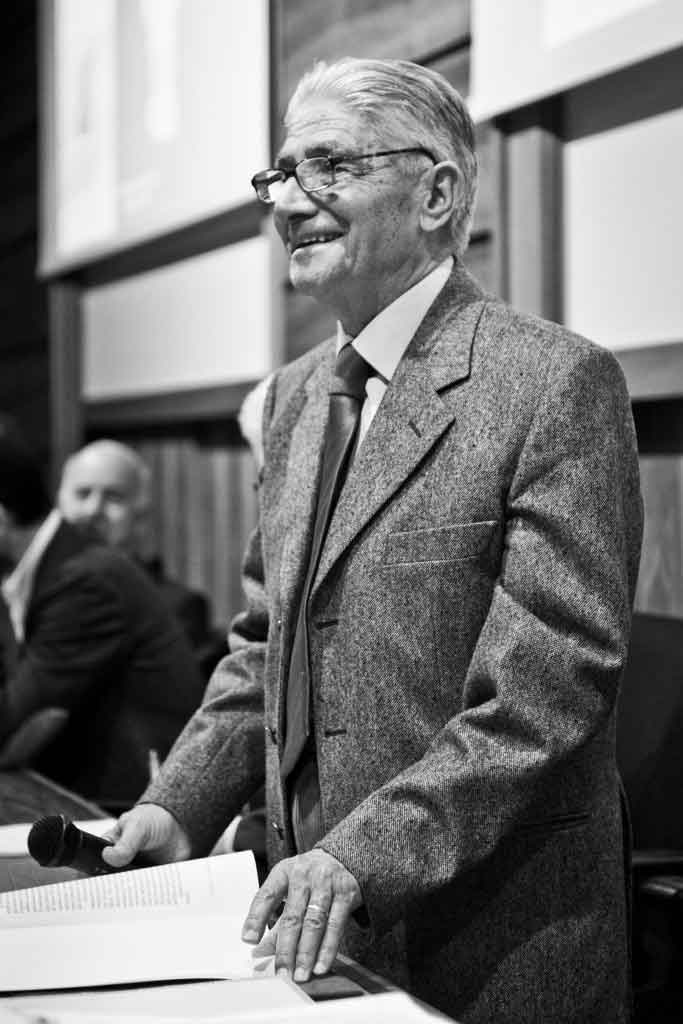 In collaboration with Roger Grosjean, Enrico Atzeni, an Italian archaeologist and professor at the University of Cagliari, is undertaking new excavations that will reveal the wealth of Filitosa’s furnishings. These remains are now housed in the Archaeological Museum of Filitosa, which bears witness to the various periods in which the place was built.

Stubbornness. The creation of the station is not easy at first. Afterwards, the success of the place will have created an emulation in the whole region, but at the beginning nobody believed in these stones. It took almost twenty years to make people believe in Filitosa and for a long time to fight against the unbelievers. Even on the administrative side, the owner had little to hope for at the time.

Charles-Antoine Cesari and Roger Grosjean have been applying for more and more grants to keep the digging going. But at both the State and Department levels, they find little response. Faced with the inertia that his efforts met with, Charles-Antoine Cesari decided to invest the last of the family’s assets and made it a point of honour to refuse, a few years later, a derisory subsidy of one million old francs, proposed by André Malraux, then Minister of Culture. 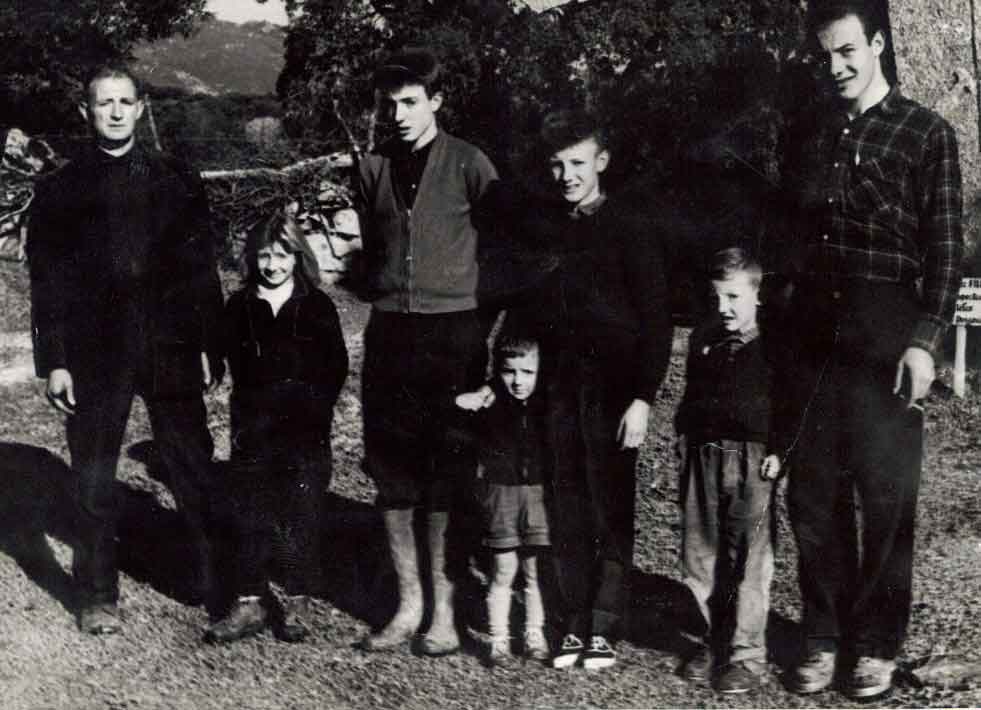 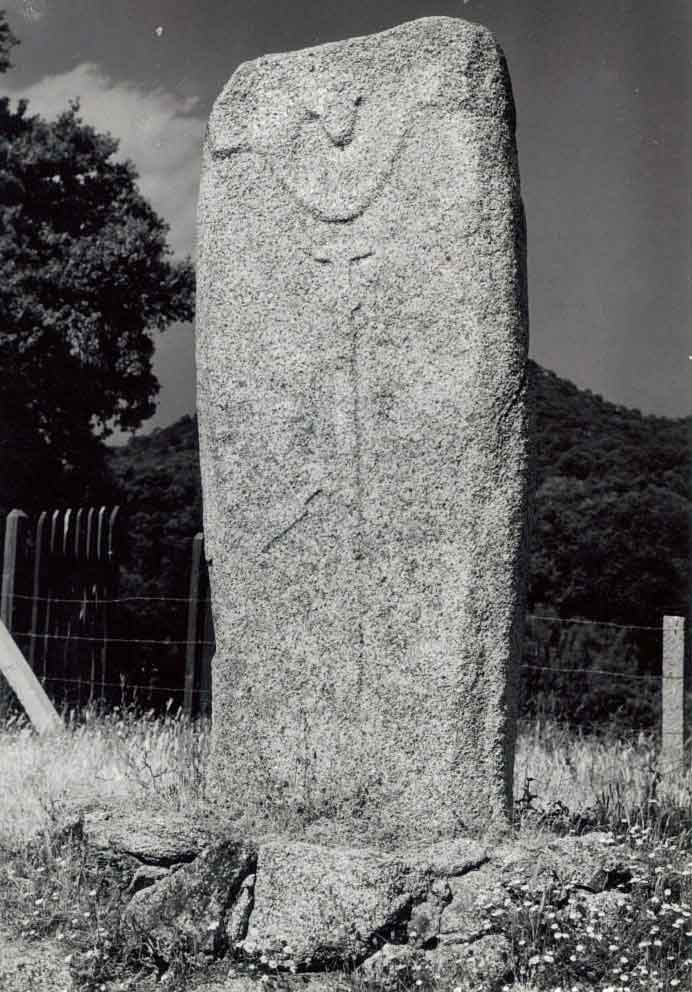 Initial prospecting. This is the beginning of a great adventure where one goes from discovery to discovery. In the general enthusiasm, the excavations begin, we exhume little by little the remains of several civilizations. Charles-Antoine Cesari and Roger Grosjean must ensure the protection of the place against malicious persons or vandals.

They fear, for example, that the statues may be damaged (some neighbouring shepherds want to gut them because they imagine them filled with gold). The menhir statues are then grouped together (alignment of the five statues below the mound facing the thousand-year-old olive tree).

Moment of truth. Roger Grosjean, archaeologist and researcher at the CNRS, is sent on a mission to the island. He began a scientific career with the research theme “Corsican Prehistory”, under the double sponsorship of Abbé Breuil and Raymond Vaufrey. It is with Roger Grosjean that the real digging work on the Cesari family estate begins. There he finds a virgin space, strange and full of promise, which for any scientist is an object of desire. Without knowing it, he probed the mysteries of this land and made the Filitosa stones speak until his death in 1975. 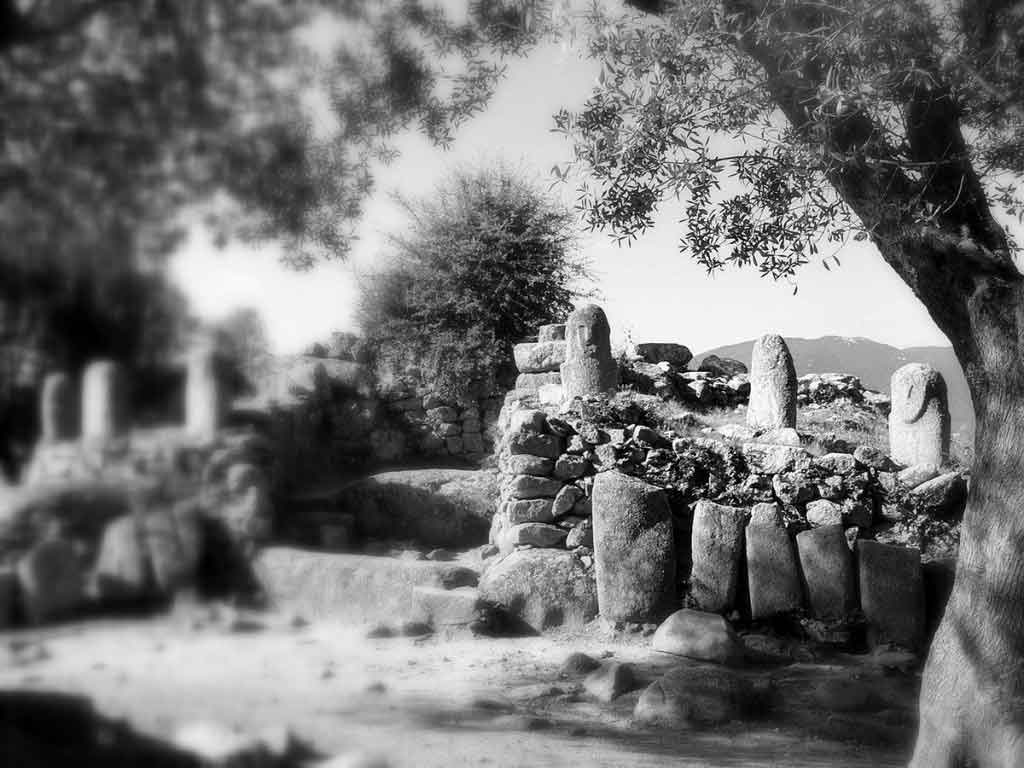 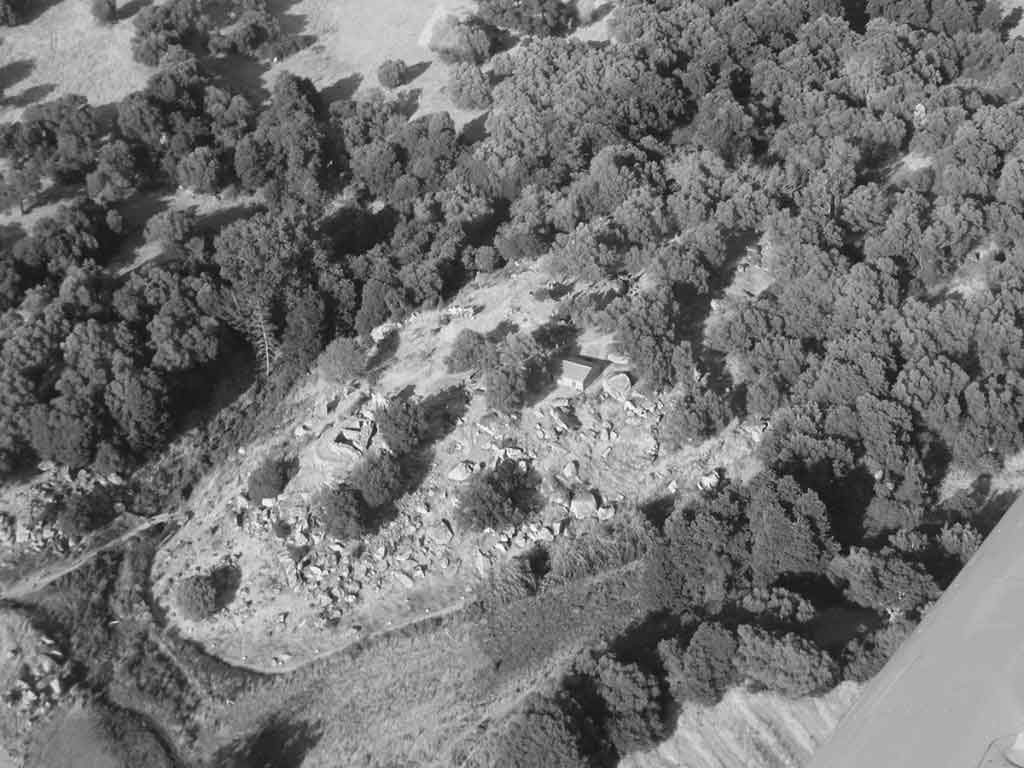 At that time in Corsica, few people were interested in archaeology.Charles-Antoine Cesari warned Pierre Lamotte, who was at the time director of the Departmental Archives of Corsica. He made the trip to Filitosa. He was the first official to grasp the importance of the discovery.

Genesis. The miracle of Filitosa is born on a silent land, only disturbed by the murmur of springs and quivering olive trees, in the middle of an astonishing “Filetta” (fern), on the new Cesari family property. It was here, in the Petra Zuccata area, that Charles-Antoine Cesari discovered five granite “Paladini” lying face down on the ground, draped in a thick scrubland. On a nearby mound, called “Turrichju”, he also noticed strange remains. Charles-Antoine Cesari , without knowing it, has just surprised in his sleep, which for many remains a thousand-year-old secret. But the sixth sense of the earthling that he is (he is a horse breeder), warns him very quickly of the singularity of his find. Stubborn and determined, he will make this place his reason for living. 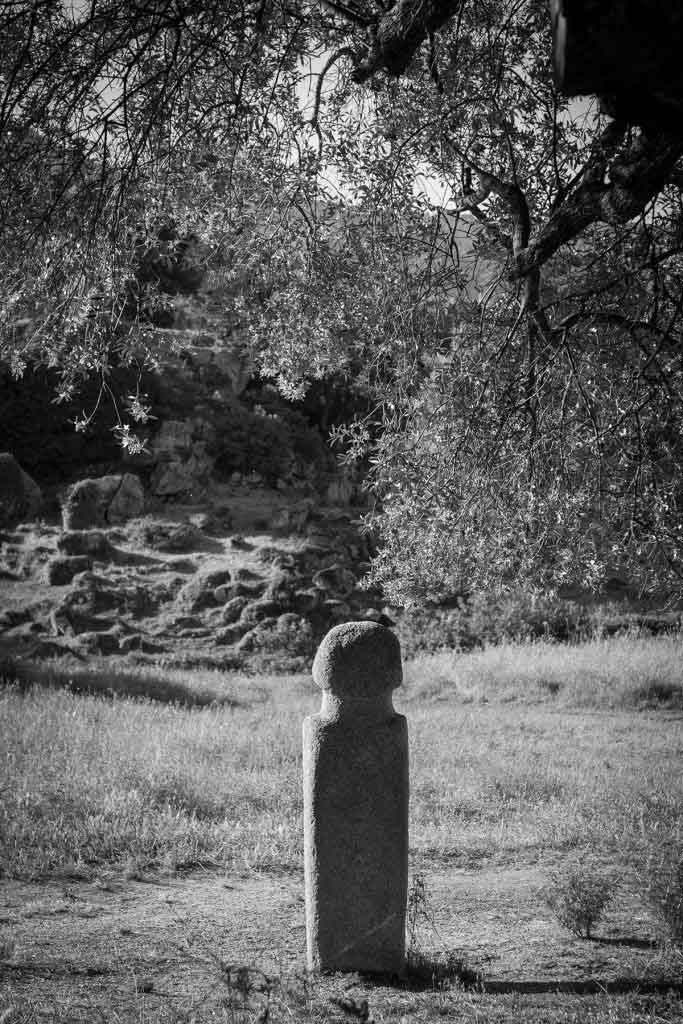