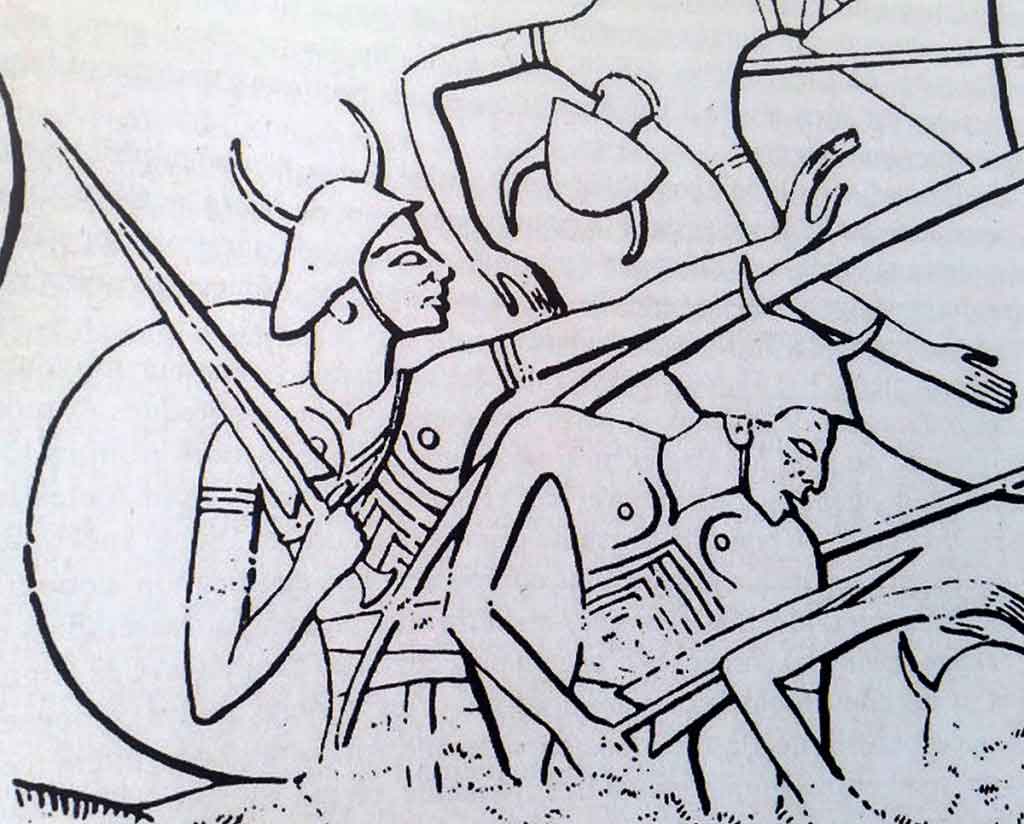 The Mystery of the Shardanes

For researchers and historians around the world, many mysteries remain about the origins and sudden disappearance of the Shardanes, one of the “People of the Sea” who defied Egypt during the 19th and 20th dynasties (reigns of Minephtah and Ramses III), and who shook kings and pharaohs at the end of the Bronze Age.

Yet the traces that these warriors sowed on the monuments of Filitosa can be found in many places in the Mediterranean, from Sardinia to the Near East, in Mycenae, Cyprus or Byblos, to the point of being recorded on papyrus or Egyptian temples; as on the representations of certain warriors depicted on the naval battle scenes decorating the funerary temple of Ramses III at Madinat Habu in Karnak.

This analysis has given rise to many debates between different specialists, especially since the discovery of new archaeological facts and the uncovering of new monuments that allow a re-examination of the different theories around this strange component of the “People of the Sea”.

Recent work by scientists suggests that Filitosa is the supposed birthplace of the Shardanes. This new research indicates that these warriors would have fought as pirates in the Aegean Sea and mercenaries of the King of Byblos, then as part of the “Peoples of the Sea” to pass to posterity by becoming the most formidable elite guard of the Pharaoh, at the end of the Bronze Age.

Filitosa from Corsica to the Mediterranean Sea

If thanks to Filitosa and the early work of the researcher Roger Grosjean, a large part of the chronology of Prehistory and Protohistory in Corsica could be scaffolded (the site having been occupied over a very long period – from the Early Neolithic, through the Bronze Age, up to the Roman Occupation -), this place is for the scholars of the 21st century, the still visible apogee of statuary Art and Megalithism in the Mediterranean.

According to the Regional Curator of Archaeology, Franck Leandri, the latest discoveries confirm the links between Filitosa and the Protohistoric cultures of the Eastern Mediterranean. The site is said to be a centre of convergence of Prehistoric and Protohistoric Mediterranean cultures. A concordance that would form in this place, one of the most beautiful collections of Protohistoric art in Europe.